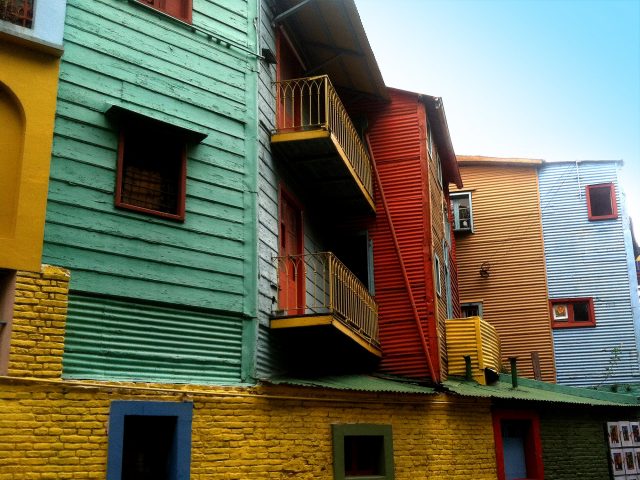 Next day early in the morning around mid day I took the bus back to Santiago Airport. I Took a late evening flight to Buenos Aires.

Please note  the way i booked my trip my flight:

I booked a round trip flight from Santiago to Buenos Aires with a layover in Mendoza. However I didn’t board my plane in Mendoza. I spent a day in Mendoza, and took a bus back to Santiago from Mendoza. The purpose of doing this is because I wanted to see the Andes cordillera by land. I wanted to cross the Argentine / Chilean border by foot which turned out to be one of the best experiences of my life.

Once I arrived in Buenos Aires I had to take a taxi into the city and stayed in a POP hotel in Palermo / Soho.

One of the things that I enjoyed about Buenos Aires was its architecture, its culture and its many neighborhoods, each one of them unique in its own way.

Must see things in Buenos Aires

Travel Tip while traveling in Argentina

Argentinians are banned by their government from buying foreing currency. So if you have american dollars some locals sometimes will give you a better exchange rate than what you would typically get at the bank. Make sure that you are careful doing so as you might get scammed too.

After visiting Buenos Aires and all the shenanigans i got into. It was time for me to go back to Chile which was the last leg of my trip.

I flew as I told you to Mendoza.

If you like wine and specifically Malbec this is where you can go nuts. This region of Argentina is where Malbec is crafted. You can drink all the Malbec you want at a very cheap price. You can take advantage of a wine tour which I highly recommend. I only spend one day in Mendoza as even though the town is beautiful I didn’t find much more to do there.

Take a bus back to Santiago.

Taking the bus back to Santiago turned out to be an amazing adventure. You can take a small shuttle, usually no more than 10 people. You go through the Andes the shuttle goes all the way to the top of the Andes. The border is actually at the top of the mountain. The whole trip takes about 6 and half hours.

The shuttle takes you all the way to the center of the city. I stayed at a studio apartment in Santiago. I only spent one day in Santiago but it was more than enough for me to get a taste of this amazing city.

Points of Interest in Santiago