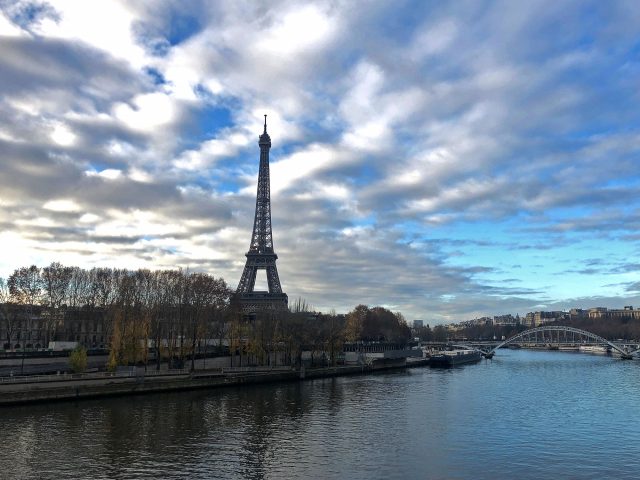 Paris, the world’s capital of love. Paris is actually one of my favorite cities in Europe. I know this might sound a s a cliche, since it is probably one of the most visited cities in the world. So in your next visit to the French capital make sure that you don’t miss the following spots that will make your Paris experience an unforgettable one.

Here are the top things to do in Paris.

Well I don’t know if this post could be more obvious. The Eiffel tower is one of the icons of the French capital and one of the most visited monuments in the world, as well as the tallest structure in the city. This monument was originally constructed as the entrance for the 1889 World Fair, and believe it or not this monument was meant to be temporary, but now we can’t think of Paris without thinking of the Eiffel Tower.

This is the largest art Museum in the world. It is also one of the most famous one. This is home to famous pieces of art such as “Mona Lisa” or “La Gioconda”. The Louvre hold around 38,000 objects from prehistory to the 21st century. The museum is about 783,000 sq. ft. making one of the largest or maybe even the largest museum in the world. Be prepared to plan to spend the whole day at the Louvre, or if you prefer you may want to do a two day visit in order to see more exhibits. In my opinion, you won’t be able to visit all of them in one day.

This part of town is home to some of the most famous cabaretes, including the infamous Molin Rouge, as well as the Divan du Monde.

The street of Pigalle is also famous for its extensive adult entertainment. It has always been a controversial part of town that is also rough around the edges. However, I like this part of town due to its character and history, as some renowed artist such as Picasso, Van Gogh, and Neumont lived and had their studio in this part of the city.

The Palace of Versailles

The Palace of Versailles is now a historical monument and a UNESCO world heritage site. It was the principal residence of the royalty of France from 1682 to 1789. The palace is actually about 12 miles outside the city of Paris, but you can easily get there by train.

Some of the key points of interest of the Palace are the Hall of Mirrors, since many historical moments happened here such as the end of World War I, the proclamation of the German Empire among others.