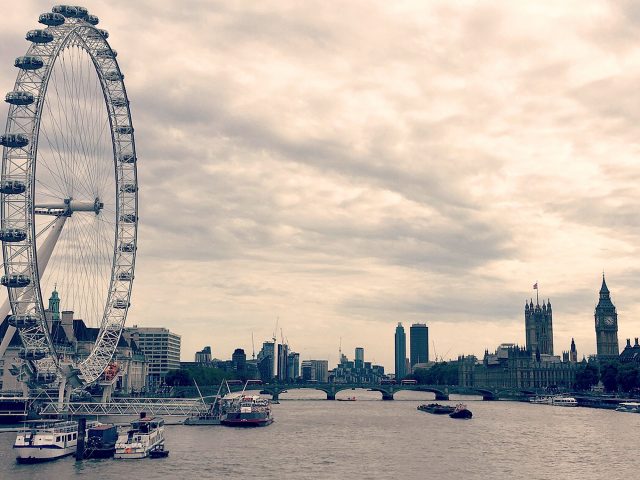 Is an iconic medieval castle considered a world heritage. The castle was used as a prison as well as other things such as an armory, a treasury, a menagerie the Home of the Royal Mint, a public record office and it is also home of the Crown Jewels of England. You can visit the Castle and its various exhibits in your next visit to London. Just make sure that you plan ahead in order to avoid crowds. Interesting things to see there: Crown Jewels, Battlements, Medieval Palace, Bloody Tower, Torture at the Tower exhibition and some floors of the White Tower. All other building remain closed due to COVID19

Camden town has become a hype part of London. It was once an industrial part of the city. This is also the name of the borough it is in. A number of retail stores, and restaurants have moved into Camden. This city is also well known for its markets where you can find all sorts of stalls. Among them these ones stand out: Buck Street market, Stables market, Camden Lock village.and the indoor market located at the Electric Ballroom.

Located in the city of Westminster,  Trafalgar Square is an iconic landmark, and public square that is used often times for community gatherings, public demonstrations, protest, etc. The square is also the center of annual celebrations like New Year’s Eve. Norway donate a Christmas tree every year that is displayed in this Square.

The Big Ben is the nickname for the clock at the northern end of the Palace of Westminster. It is one of the icons of London. Originally named the “Clock Tower” but then later renamed “Elizabeth Tower”.

You can easily visit this British Icon in your next visit to London. One of the easiest and most informational way to do this is to take one of those Double decker tour bus “Hop On – Hop Off” and get off the bus at the Westminster palace.

It is important to mention that you should also visit the Westminster Palace on its own. Westminster palace is where the House of Commons and House of Lords meet, both of them representing the  British Parliament.

This is one of my favorite attractions in London. It is also called the Millenium Wheel. It serves as an observation wheel.

You can think of it as a gigantic Ferris wheel where you can see the city of London from the sky.

Each of its capsules can hold up to 25 people and it takes about 30 minutes to do the whole rotation.

This is definitely a “must-do” in your next visit to London.

Is a road junction and a public square it was built in  1819. If you have ever visited “Times Square” in New York, this would be (arguably) the Times Square of London.  I say this because of all of the electronic billboards that grab your attention while visiting this spot, but in a smaller scale.

This part of town is close to shopping, and entertainment areas, where a lot of people transit especially if they are visiting the city for the first time as this is a tourist attraction on its own.

A visit to London wouldn’t be complete without a visit to Buckingham Palace. This is administrative headquarters, and the London residence of the British monarchy.

Located in the the Isle of Dogs peninsula this district is on of the main financial centres in the UK. This district is popular because its tall buildings, where the third-tallest building in the UK is located. This district contains 97 acres of office and retail space, it also features many open areas such as Canada Square, Cabot Square and  Westferry Circus.